Michael Buble and In The Pink Big Band Tribute
Review By : Andrew Booth May 2011

What really made this tribute for me was the 12 piece orchestra which accompanied him. In the Pink Big Band http://www.Inthepinkband.co.uk
Without that if he had just sung to a backing track the evening would have been very good. This band lifted it another level, their sound filling the hall.
Conducted by a very bouncy blonde lady (who also played sax) the band were tight and punchy in their delivery.
The guy playing Michael Steve Maitland http://www.bubletribute.com did have the trademark suit and black tie and a great voice.

The first half began with ‘Cry Me A River‘, It Had Better Be Tonight’ ‘Home’, then a few standards –‘Try A Little Tenderness’, ‘Sway’, ‘Save The Last Dance For Me’, sandwiched between ‘Everything’.

Second half began with In the Pink playing Average White Bands ‘Pick up the Pieces’ then ‘Against All Odds’ instrumental with a great clarinet solo.

The returning Michael then did one of my all time favourite songs-‘Moondance’. The audience were really into it especially couples who used the music to show off their dancing skills

Then we got ‘Haven’t Met You Yet’, ‘Stuck In The Middle’ and ‘Crazy Little Thing Called Love’ plus ‘Feeling Good’.

His Finale went very Frank Sinatra with ‘That’s Life’, ‘New York New York’ and ‘All of Me’.
The whole evening was Guilty Pleasure songs to produce one big Guilty Pleasure.
The audience were baying for more but all good things must come to an end and hopefully this good thing will hopefully be rebooked for a repeat performance very soon. Pure uplifting bliss !!!!
Posted by Michael Buble Tribute at Thursday, March 21, 2013 No comments: 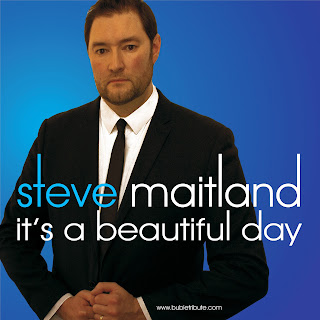 It's a Beautiful Day - single
To Be Loved - Album
Steve Maitland
www.bubletribute.com
since 2008 and still going strong either solo or with 16 piece big band 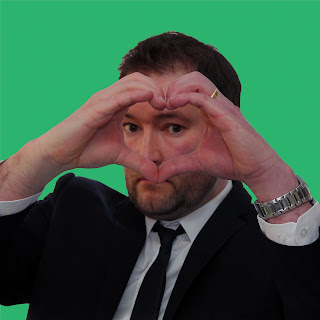 Posted by Michael Buble Tribute at Monday, March 04, 2013 No comments: